I think the rains in Cuzco are starting early this year. We’ve had occasional rain for the past month or so. This morning I woke up to a fabulous view over the mountains to the South.

I snapped a few pictures while walking the dogs this morning. The pictures don’t do justice but the view was wonderful with some of the mountains shrouded in clouds and a good bit of snow on the higher peaks. All of the snow was gone by mid day, here in Peru you have to go really high to find perpetual snow. 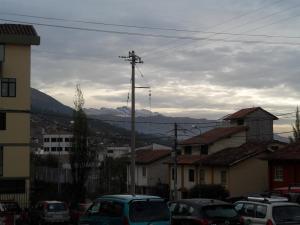 View towards the “Valley of the South”. The snow on the mountain was gone by mid day. 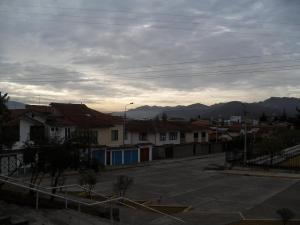 Looking down over Mariscal Gamarra in the direction of the Cuzco airport. 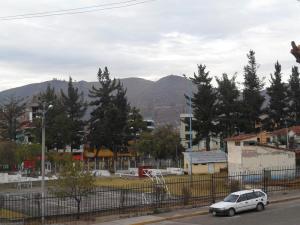 In the distance (click on the picture to see full size) you can see a number of houses on the far slopes of the mountains. Cuzco is beginning to have a very serious problem with ugly expansion. I think most of those houses are considered “illegal” (no building permit, no land title, lack of utilities). One of these days when I have more time I want to do a post on Cuzco’s ugly expansion – which is a colossal failure of the local authorities. I don’t want to be judgmental to the people who live there (everybody needs a place to live) but the next big earthquake that hits Cuzco will be an unmitigated disaster due to the substandard/illegal construction on the sides of the mountains surrounding the city. 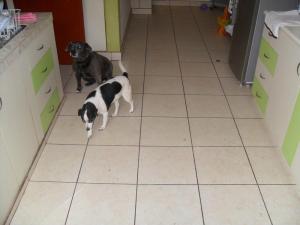 Ready for breakfast after our morning walk

Don’t believe everything you read on the internet:

Since we’re sort of on the subject of dogs, kind reader Carrie sent me a message a while ago that somebody had stolen a picture of our dog Manchita off this very blog and used it in on a fake Facebook “Pitbull rescue site”. The site has since been taken down but I managed to save a screenshot. This person was using pictures of dogs they found online, inventing names and stories and soliciting donations for their “rescue” of course. 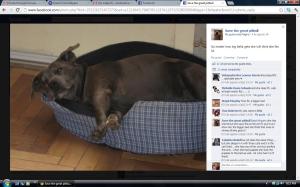 A picture of my dog that was put on a fake Facebook Pitbull rescue site.