They knocked down the palais. I didn’t cry, just took a picture:

This building used to be restaurant / dance hall that catered to events like birthdays and quince años parties. We had Brianna’s first birthday party there. The place was always busy, at least 3 or 4 parties per week, we reserved something like a month in advance for Brianna’s party.

Real estate in Peru has been going gangbusters for years now and the building was on the corner of the Plaza Tupac Amaru, a prime location in Cuzco. I imagine the land where the building sat is worth between $500 to $1,000 per square meter. The building just recently got knocked down and a new office tower is going up where the local palais used to stand. Hundreds of Quinceañeras will cry 😦

Real estate in many areas of Peru is very expensive. Here in Cuzco a nice 100 square meter (~1,000 sq. feet) apartment costs around $100,000 nowadays. I know a man who bought an apartment in Lima some years ago and after owning it for only a few years he sold his apartment at a profit that allowed him to pay off the mortgage and buy a nearly-new Cessna 182 with the money left over.

Cuzco isn’t Shanghai but everywhere you look new apartment or office buildings are going up. It’s hard to say if we’re in a bubble yet (and how close we are to the end of it). As much as real estate prices have gone up in Peru you would think it is a bubble, but the demographics disagree. Mortgage interest rates are high (9-11% last I checked) and banks require 10-20% downpayments for a mortgage in Peru. My guess is that the price appreciation will likely slow down in the future but I don’t see a big deflation like in real estate in the US. The prices here have been rising mostly due to high demand (demographics), limited availability of land (geography) and high interest rates.

This dumbass kept interest rates in the US so low for so long that investing in the industrialized countries made no sense any more. Hence there have been large capital inflows in so-called developing economies like Peru where returns on investment were higher (think large sovereign wealth funds and the like looking for fixed income investments or countries like China looking for hard assets like minerals). To prevent “overheating” of the economies the central banks in countries like Peru raise interest rates, which might help slow the domestic growth but only exacerbates the inflows of foreign capital.

Bottom line tell the friggin’ bankers to stop worrying about Greece (look at Argentina now) and raise interest rates instead. Of course the bankers are afraid to slow down so-called economic growth at home or hurt real estate values in the US/Europe in the near term but all that will sort itself out. The bigger problem is that by keeping interest rates effectively at zero the big bankers are destroying the entire concept of future value (meaning, a dollar today is supposed to be worth more than a dollar tomorrow, but now it isn’t, it’s the same). No one has a real clue where all this is going but by keeping interest rates so low the bankers may be causing the one problem that they are desperate to avoid: deflation. I’m not saying you can’t have a society where interest rates don’t exist (look at banks in the Muslim world) only that our society and our financial system is based on the idea of future value and you work with what you have.

Rant over. Here are the Kinks: 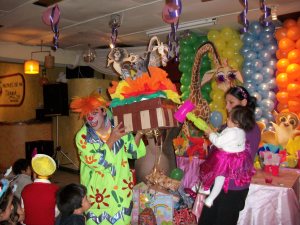 Brianna’s first birthday party was at the palais on Plaza Tupac Amaru, which is now no longer there