The Chicago Cubs won the World Series! Nothing’s sacred anymore in this world, not even 108 year losing streaks. Just kidding, congrats to all the Cubs fans out there!

I have a great arm, had I grown up in the US, Cuba, Dominican Republic or any other baseball crazed nation I would have been a pitcher. I remember tossing a baseball in an event when I was 6 or 7 years old, all the other kids were throwing underhanded, 8 meters, 10 meters. I think the longest throw was 14 meters by another kid. When it was my turn I threw the ball overhand, 28 meters, nobody could believe it.

Another time when I was only 4 or 5 years old all the kids in the family went out to the field on my grandpa’s farm to help harvest potatoes. My grandpa had one of the first tractors in town, I think it was a small Farmall or something of that nature. We picked up the potatoes by hand and threw them on the trailer while my dad was driving the tractor. By the time the trailer got fuller, most of the kids could no longer throw the potatoes on the trailer. I picked up a potato and since I was a little kid, everybody on my side of the tractor thought they had to encourage me:

So I hurled the potato as hard as I could, it went sailing wide over the trailer and hit my uncle Hubert in the head on the other side of the trailer. He comes running around the tractor yelling that I hit him in the head with a potato but nobody believed him, they couldn’t believe I could throw the potato all the way over the trailer. After the commotion died down it was decided I would ride on my father’s lap and “help” drive the tractor to avoid any further unpleasantness, thereby starting my tractor driving experience.

Of course I thought it was the greatest thing, driving the tractor. Little did I know at that time that in a reasonably clean field the tractor pretty much drives straight down the field on its own accord. I did learn a few tricks about driving tractors later on, my dad for some years kept farming on the side and when I went to live in the US I’d help out a bit here and there on my friends farm.

All this came to mind a while back when I decided to drive up to Alto Q’osqo to drop of a bunch of no longer needed baby stuff – no more babies for us!! We piled some stuff in the car and I drove up to Alto Q’osqo with our maid Delia who lives there, so she could give it to people who have better use for it. Driving the car up that hill I had to pull out my best tractor driving skills not to get stuck. On the way back down I started to think it was a bad idea to drive up that mountain, it’s not comfortable at all. I’ve flown single engine airplanes over the Atlantic Ocean, the smallest planes I’ve flown over the ocean have less horsepower than many cars nowadays. Driving down the hill from Alto Q’osqo feels more dangerous than flying a little Cessna over the ocean.

I feel bad for people like Delia who ride up that hill in combis every day. If I ever change careers again I’m going into public service, try to do something meaningful. 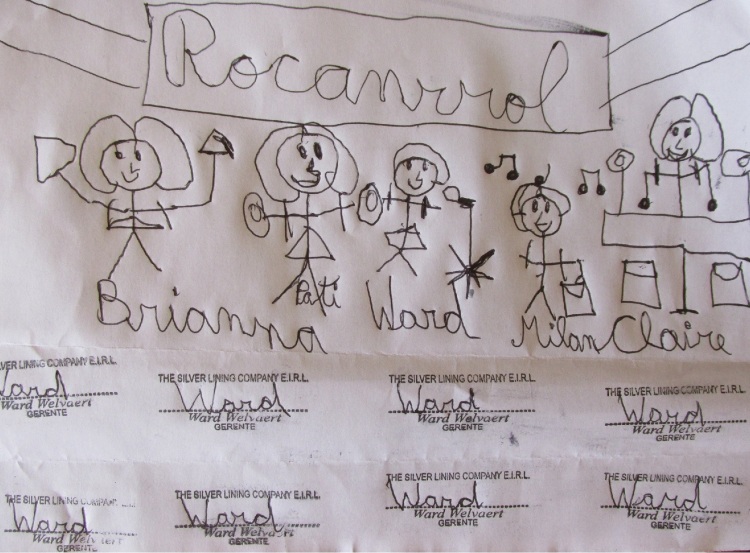