We earthly people take ourselves waaayyyy too seriously sometimes. Just take a look at the video taken this past Sunday when so-called environmental activists in Belgium destroyed a field of genetically modified potatoes. The field was a scientific test organized by multiple universities, where genetic material from Peruvian potatoes was added to Belgian potatoes to make the resulting potato resistant to disease.

There’s a fine line between idealism and stupidity. Both the scientist types and the so-called activists have too much time on their hands or take themselves too seriously, I don’t know. Perhaps they should do something that’s really important to the world, like, say, spend time with their families and loved ones.

Speaking of mixing Peruvian and Belgian genes, check out this apple 😉 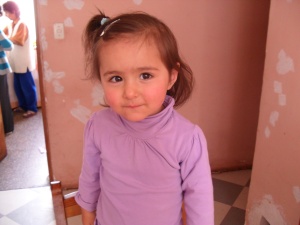