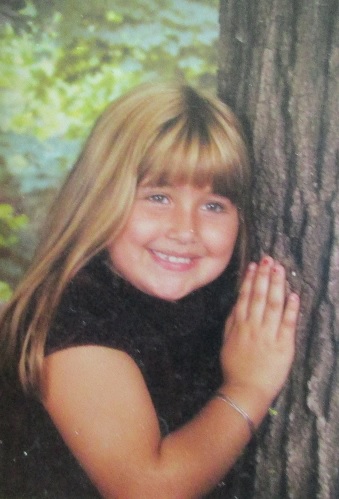 Isabella when she was maybe 8 or 9

I was rocking our baby to sleep the other night, listening to some music, when a song reminded me of a girl I used to know. Isabella isn’t her real name but when she was about 8 years old she’d say she wanted to change her name to Isabella. So I’ll call her Isabella here.

My baby had just fallen asleep on my shoulder and my thoughts drifted away to Isabella. I knew Isabella when she was a kid, she’s a young lady and a mom now. The song I was listening to reminded me of Isabella because of her grandfather, Joe – whom Isabella never knew. I never had the pleasure to meet Isabella’s grandfather either, he passed away young, but I knew Isabella’s mom well. This is how I know Joe.

Isabella’s mom is Sicilian, grew up in Buffalo NY. She always said Joe was in the Buffalo mafia, she wasn’t boasting or proud, in fact Isabella’s mom was embarrassed about that but it was just the way of life if you were born into the family like Joe was. Joe wasn’t a bad guy, he was just part of the family. Joe was a musician, Isabella’s mom always said her father had the greatest voice, a voice like Frank Sinatra. I think Joe played piano and drums, he would play in the Italian restaurants in Buffalo, in the restaurants of the family. Italian restaurants were always a favorite means for the mob to launder their money.

In a way I feel like I know Joe well, even though we never met. Not only through Isabella’s mom but also through the environment. I grew up in an industrial town in Europe and I know the old industrial towns in the US – like Buffalo – quite well, from the time I used to fly air cargo. We’d fly auto parts for manufacturers to places like Buffalo NY, Flint MI and of course down to the border with Mexico for all the outsourcing there. Peruvians who visit the US probably know no Italian restaurants other than a suburban Olive Garden or Carraba’s but I’ve been to a lot of old, authentic Italian restaurants. Heck, I’ve been to Italy. My best friend friend Bert and I used to hang out at an old-style piano bar when I lived in Florida, the type of place where you could imagine Joe play. As a side note, Bert knew the Italian mob well. He used to work with the US government and he’d always say when the FBI moved offices in New York, the mafia’s moving companies did the move. During Cold War detente when Bert did business with Amtorg, it was via a freight forwarding company owned by the New York mob. He knew the mob well.

There isn’t a point to all of this, in case you were wondering, just me reminiscing about a kid who’s now all grown up. It all seems so long ago now. Not that my experiences in life are any more interesting than anyone else’s but I’ve lived a more unconventional life than most, I’ve been very fortunate to meet some extraordinary people. In a country like Peru, where the median age is 27 and half of the population barely has living memory of the 20th century, some of my experiences seem downright surreal.

I haven’t seen Isabella in many moons. I hope to see her someday, perhaps we can meet in an Italian restaurant.