We drove out to Pampa Wasi a few weeks back, Quechua for “Home On The Prairie.” Pampa Wasi is referred to as a populated center, meaning it’s a community too small to be a town in its own right, administratively it belongs to the nearest bigger town. Pampa Wasi is about 3 hours outside of Cusco and a good 45 minutes by car away from the nearest “real” towns, Combapata and Tungasuca. I believe Pampa Wasi is here on the map.

We took a trip out there so our maid Delia could visit her 5 year old son. Delia had her baby when she was very young – I’ve been told diplomatically “it wasn’t voluntary” – and her mother insists on raising the boy in the town while Delia is working in the big city. Delia quit school to care for her baby and now she’s taking weekend classes to finish high school, so she doesn’t get a chance to see her son very often.

We met with Delia’s mom and Delia’s little boy in Combapata, because every Sunday they travel to the market in Combapata to buy their supplies for the week. When we arrived, Delia’s mom pulled out a fully cooked lunch, home grown potatoes and the fattest guinea pig I’ve ever seen, the kind you’ll pay $50 for at a fine restaurant at the Plaza de Armas in Cusco. We didn’t expect all that but Delia’s mom was worried we’d be tired and hungry from the long drive with our 3 kids.

After our yummie lunch we drove the rest of the way to Pampa Wasi, passing by this interesting looking site, it looks as if it could be an unrestored Inca ruin? It’s well known in the town, Delia says the local kids go there to play. 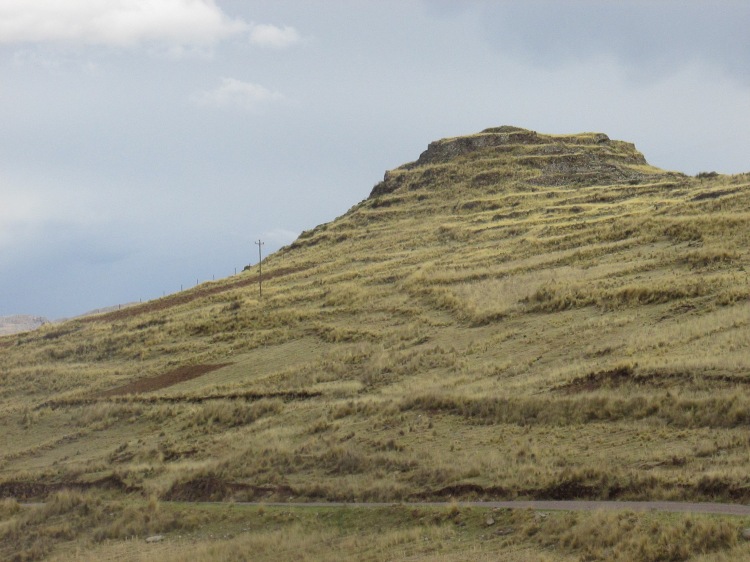 Surprisingly there’s electricity and water in Pampa Wasi but other than that it’s very much “off the grid”. About 40 families live in Pampa Wasi, they live of the land, growing potatoes, herding sheep and raising guinea pigs, cuy as they’re called here. Did you know guinea pigs and chickens don’t mix? There isn’t a yardbird to be found in all of Pampa Wasi because there’s some issue with the health of the guinea pigs around chickens.

Kids go to school in Pampa Wasi till age 12, after that they have to go to school in the big towns, which means living away from home. They commute once a week in the bed of a truck, that’s the typical mode of transportation in these parts. 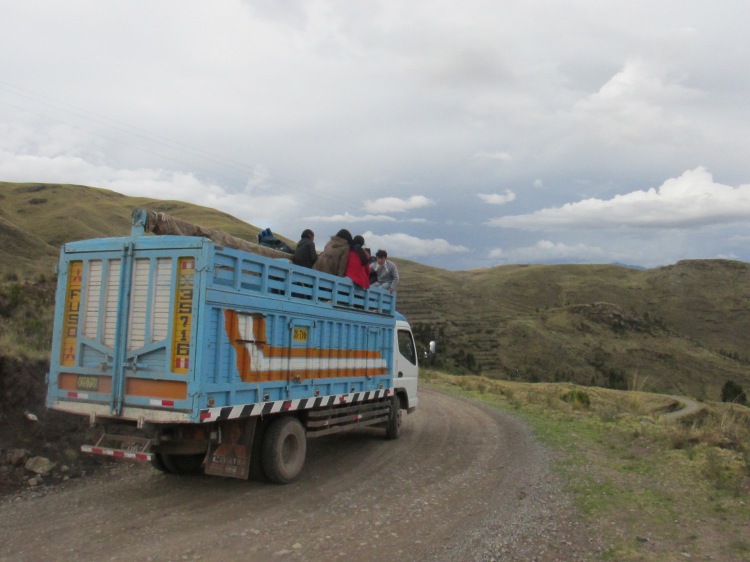 Kids commuting on a Sunday evening to go back to school the next morning.

But I wanted to tell you about pride. If you’ve never been to one of these small towns in the Andes it may be hard to comprehend the indigenous Quechua (and Aymara) are a very strong, proud people, they consider their ancestral lands sacred. Many have left their small towns to go to the cities but you’d be mistaken if you think they do so to escape the small towns, rather they all have intrinsic motivation like the rest of us to pursue opportunities and dreams. If you ask those who stay in the towns why they stay, the answer is typically “these are our lands”.

I’ll put it to you in terms of money, only because that’s what we Westerners understand: I probably make as much or more money than the entire community of Pampa Wasi but when we arrived, Delia’s mom brought food for us because she was worried about our needs.

These are NOT needy people. The amount of money you make doesn’t change the way they treat you – something we can’t say in the so called developed world.

This is also why so many mining companies have problems doing business in Peru. They venture into the Andes with an attitude like “my money is the biggest thing that’s ever going to happen to this town” and the local people not only couldn’t care less but they feel this attitude is extremely disrespectful of their ancestral lands.

On the other hand if you visit a community like Pampa Wasi and respect the people as equals, they’ll do anything for you. In fact, come hungry because the juiciest guinea pig you’ve ever tasted will be cooked and waiting for you. 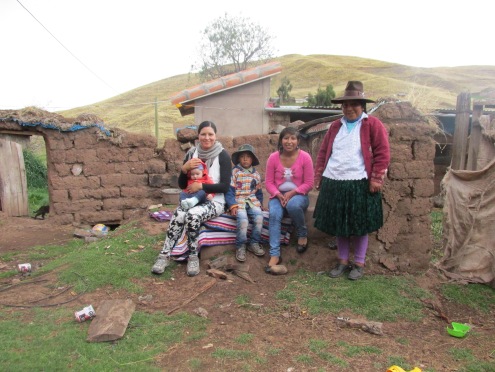 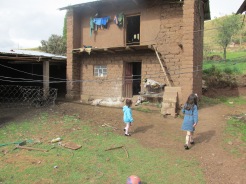 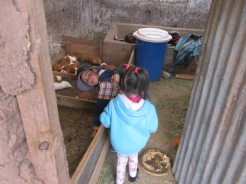 5 thoughts on “Pride – Home On The Prairie”