I personally have no experience in the matter, but my friend Dave does. It’s hard to recycle the story but it’s a great story when you hear it from Dave himself. I’ll give you the short version anyway.

Dave and I used to work together. He was on my “team” at GE, now he’s moved on to management. Dave cut his teeth in aviation as a US Marine. He was a young Marine still in technical training when he started dating a cute young Navy electrician. If memory serves me they were both based in San Diego. I guess Dave didn’t understand at the time why this cute young thing didn’t seem to have a lot of dates and he took to liking her. After they’d been dating for a while, cute young electrician one night tells Dave that she is a witch. A bona fide practicioner of witchcraft, trained by her mother who was also a witch. I think cute young witch grew up in California, so that explains a lot.

Dave’s a good man and a God fearing Christian, the idea of dating a witch didn’t appeal to him too much but since he’d already been dating cute young witch for a while, he also didn’t break up with her right away. If I remember the story well, over a Christmas break he just decided not to call cute young witch and not to look her up after he got back to base. He didn’t really break up, he just disappered. In short, he woosed out.

The story ended with Dave standing around with his buddies one day when cute young witch snuck up on them and punched or yelled at Dave in front of all his buddies.

And all Dave’s buddies: “Boohoo! She’s gonna put a spell on you!!!”

At any rate, the reason for all this talk about cold, is that it’s been unusually cold and rainy in the Cuzco area the past week or two. Normally between May and November the weather in Cuzco is great: sunny, dry and 21 degrees C (~72F) every day, with just a few clouds in the sky. As soon as the sun starts to go down though, it gets cold very fast. So these past couple of weeks, without the typical sunshine during the day, it was cold and miserable in Cuzco. Very unusual.

I had just returned home from a trip with stops in Nunavut (northern Canada), Greenland and Iceland, so you wouldn’t think I’d be cold in Cuzco, but I was.

The East coast of Greenland near Kulusuk

Even after almost 4 years I still have a bit of a hard time with the climate and altitude in Cuzco. Cuzco is at an elevation of 3,400 meters or about 11,000 feet above sea level. I tend to get a little cold or flu more often in Cuzco than I did in the US or Europe. Patricia and Brianna hardly ever get sick, because they were born in Cuzco they are much stronger. I’m weaker than them and Patricia fusses at me every time I catch a cold or flu, but I blame it on being a bottle-fed baby. Silly Europeans and all their progressive nonsense!

Long story short, I’m seriously thinking about moving to the Sacred Valley of the Inca, which is about 3,000 feet (1000 meters) lower elevation than Cuzco and consequently has a milder climate, more tolerable for us gringos. With the boom in tourism and real estate in Peru, I’d like to beg, borrow or steal (not really) some capital and build a few villas in the Sacred Valley of the Inca as an investment project. From a little bit of research we’ve done here, building villas in the valley is a good business, as is building apartments in the city of Cuzco for that matter. I’m told you can make 20% return in less than a year, probably more if you have capital available and don’t need to borrow it. What many people do is build 5-6 apartments, condos or villas, sell all but one and have a free house for themselves at the end of the day.

That’s my plan, all I lack is time and money 🙂

Here’s some random pictures of the Sacred Valley of the Inca: 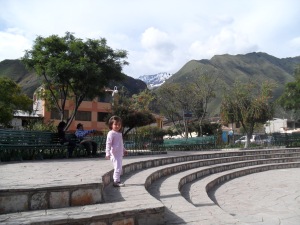 Brianna in Urubamba, Sacred Valley of the Incas 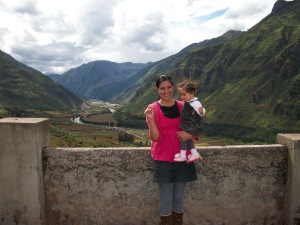 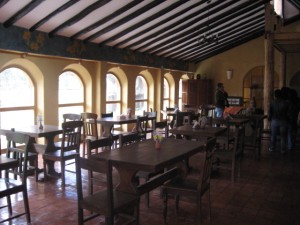 One thought on “Cold as a witch’s boob”