A while ago I wrote about difficult times in the recent history of Peru, borrowing words from Bob Marley “in this great future, you can’t forget your past…”

The same is true for Belgium, where we are currently spending the holidays with my family. Life wasn’t always easy here either. Take a look at the main square in my town, nice and picturesque in the snow… 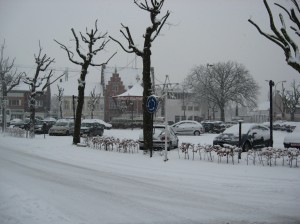 There’s a cute gazebo in the middle of the main square, where we were being all touristy… 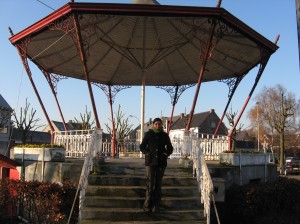 The gazebo in the main square in Oostakker 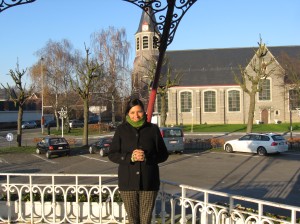 Patricia on the gazebo

But take a closer look… the gazebo is built on top of a World War 2 era bombshelter, the red door is the original entrance. When we were kids we’d go inside and play, although it often had standing water inside. It’s not the only bombshelter in town, there are several more scattered around. 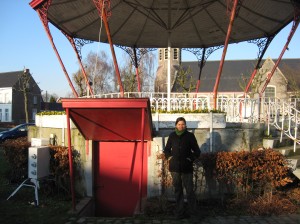 In Peru there are so many young people that a middle-age white guy like myself is positively ancient, not many people are around with any recollection of World War 2, but in Europe there are still many people who remember WW2. My grandmother used to tell us about how they slept in a home-made shelter they dug in the backyard, my grandfather was in the the Belgian army at the beginning of the war. My other grandparents had a farm and would secretly help people with food when the rations weren’t sufficient.

“in this great future, you can’t forget your past…”