Today, October 8, is a holiday in Peru to remember the battle of Angamos. During this battle (LA BATALLA DE ANGAMOS), fought on October 8 of 1879 in the war between Peru and Chile, famous Peruvian Adm. Miguel Grau Seminario was killed aboard the ironclad Huáscar, which was subsequently captured by the Chilean navy.

We took a walk to the Plaza de Armas this morning, had some ice cream and watched a parade. The parade supposedly was not for the official holiday, but a religious procession that just happened to coincide with the holiday. It was a beautiful day out, but we forgot to take the camera so I took some crappy cellphone pictures instead 🙂 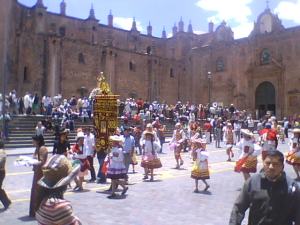 Parade at the Plaza de Armas 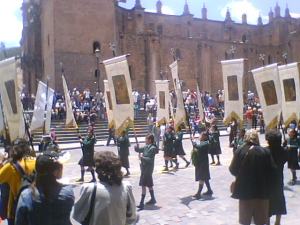 Parade at the Plaza de Armas

One thought on “Batalla de Angamos”